WHY I DECIDED TO DO A SCHOOL OF BIBLICAL STUDIES

“I got to see a whole new side of God that I never knew existed.”

Growing up, I never really read the Bible. Of course, in church and Sunday school I would open to the verses relevant to that day. But I never read it of my own volition. I remember going to my friend’s house for sleepovers, and her mom would read to us from the Bible while we ate breakfast. I was fascinated how my friend and her brother could understand what their mom was reading and have a conversation about it. I would just nod along and eat my waffles. I genuinely thought that people who said they enjoyed reading the Bible were lying to give the appearance of being a good Christian.

When I moved from China (where I was a missionary kid) to Norway, I didn’t handle the move well. Norwegian culture is very different than the International/Chinese/American/Scandinavian/Christian culture I grew up in. I slowly fell down a deep hole, and I didn’t know how to get myself out. My final cry for help was doing DTS. I told God that if He didn’t prove that He loved me and cared for me and was with me during my time there, I would become a “lukewarm” Christian (still believing that God existed and that Jesus died for us, but without going to church or spending time with Him in prayer). Thankfully, I met God in my DTS. He showed me in so many ways that He loves me and cares about me.

One of my speakers in DTS, Jonathan Spainhour, spent a week on Bible Overview. That’s when it first hit me that the Bible is actually possible to understand. He gave the historical background, going deep into what the Israelites were going through and why certain laws were actually revolutionary, not controversial, to the Israelites. I got to see a whole new side of God that I never knew existed. So when some people on my base shared they were starting something called the Chronological School of Biblical Studies here at Grimerud, I got super excited. 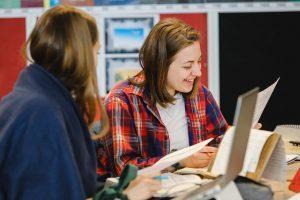 This was my chance to get to know the Bible!

“It surprised me how much God actually loves us and how merciful He is. I knew that God sent Jesus to die on the cross for us so that we could have eternal life with Him, but I knew that other peoples’ perceptions of the Old Testament were that God was a mean and scary and punishing God.” 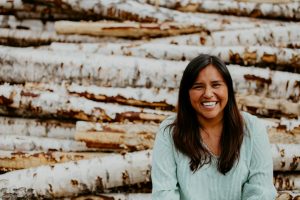 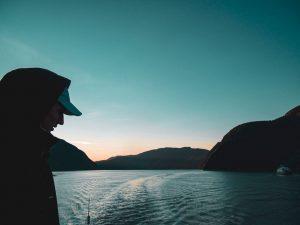