HOW FEAR ALMOST KEPT ME FROM MISSIONS

I’ve struggled with fear most of my life. I’ve worried about what others thought of me, of getting sick, of freak accidents, of getting good grades in school, of speaking on stage, of getting bills paid and you know, the list goes on. But when I became a parent there is a whole new set of fears to battle. As a parent you are responsible for an entire little human being’s existence. You have to feed, change and clothe them. You have to provide emotional and physical nurture. You have to take them to the doctor when they are sick and comfort them through pain. You have to start thinking about education and spiritual transformation. You are literally their gateway to the world, their guardian, their teacher and their provider. With our first kid, it didn’t seem to get me so much but after each of our boys were born the reality of what I was committing to began to sink in. The overwhelming sense of responsibility began to weigh heavily. I remember having dreams of one the boys drowning quite often that would wake me in a cold sweat. When my husband would take the kids alone to a park on the other side of town, I couldn’t help imagining what would happen if they got in a freak car accident. I would worry if they didn’t have enough warm clothes on during the winter and not enough sunscreen in the summer. I would freak out when they picked up trash off the street, seeing deadly diseases crawling across their perfect little chubby hands.

When they were little I would worry about language and brain development. Are they getting enough of the right of stimulus and personal interaction with us and with others? As they grew older I worried about social health, screen time limits and who should babysit them. And lets not even touch the subject of child molestation. Our information soaked society doesn’t help. Thousands of articles, books, advice, research, all competing and disagreeing and flooding the internet in overwhelming amounts. You really can’t google stuff anymore, the results can be absolutely terrifying as a mom. I hated feeling so much fear and anxiety and I really leaned on my friends, church and spiritual mentors to help me overcome a lot of it and for a season I found a lot of freedom. I was making a lot of progress, but then God began to challenge me on a whole new level when He led my husband and I to do a Discipleship Training School (DTS) with YWAM in Norway.

In a lot of ways, my journey in battling fear as mom really reached a tipping point when we made this decision. A thousands thoughts and feelings of worry resurfaced with the idea of moving an entire family of five to a new country. Our youngest son was not even a year old. I had to make a choice about what I truly believed about God and what I believed about fear. I knew God was leading us to do a DTS. I wanted to do overseas missions, but thinking through all the practical challenges and obstacles of doing it with young kids felt like a big mountain to overcome. What if it was too hard? What if I just couldn’t do it?

I actually had to come to this place of realization that it WAS too hard and I couldn’t do it. And that was sorta of the whole point. God was drawing me into a new place of dependency and trust Him. I was trying so desperately to be everything for my kids, create this safe world for them, striving to do everything right. I think deep down somewhere I thought this was what God wanted, you know. I thought He wanted me to be this responsible, on-top of it, always have the answer Christian parent who anticipated the needs of my kids at every turn and knew exactly how to provide for them.

But it all came down to a moment in the spring before we moved when I felt God’s words just slam into my chest. “If you lost your whole family today, would you still follow me?” My face was covered in tears and and anguish as I replied out of one of the most raw and honest responses I’ve ever given, “I’m not sure I could, God.” His immediate response was not condemnation or disappointment about my lack of faith. Instead I felt His comfort, like He some how understood how hard it was. And then I heard Him say, “The safest place your family will ever be is surrendered to Me.” In the moment, once again, I wasn’t sure if I believed Him, but it was like He was offering me a choice, not based on feelings or even what I thought, but an actual choice. It wasn’t just a choice about surrendering my family or not surrendering my family. What God was really asking was what I believed about His nature and character. Was He good enough to be trusted with something so precious as my family? I had to choose whether or not to take Him at His word.

I still felt a measure of anxiety and fear, but I chose to believe what He said, even though I didn’t feel like it. I chose to throw myself on His goodness and risk it all on the promise that He is faithful to His word. It’s a scary thing. I’m not gonna lie. I’m still human. I still worry sometimes. I still feel fear.

But after that moment, I watched Him do what He said He would do. He provided for everything that we needed to do missions as a family, from funding to relationships to pastoral support to even the timing of when and where we went to do our DTS. A few months later we moved to Norway. By the time we arrived I was all in, but that didn’t mean I didn’t still have moments of doubt. But every time I got anxious or worried He came through. There are still many challenges, but God continues to show His goodness even in the little things, like a rose bush in my front yard flowerbed or the used really good car we bought for a great deal. God has provided good friends, encouraging words and even good weather when I needed it in really specific ways.

I believe He cares so much about our fears and He wants us to truly trust Him that He is who He says He is, especially when it comes to my kids. He is ultimately the one who will be their guardian, their teacher and their provider. He is their Father, just as He is my Father. And He loves them and has a way better plan for their lives than I do. I can trust that He will lead them and me into futures better than I could ever have dreamed. I don’t have to be afraid. And surrendering is not as scary as it feels. I can trust Him.

If you are worried about taking your family to do a DTS, just ask God what He thinks. And let Him remind you who He is. 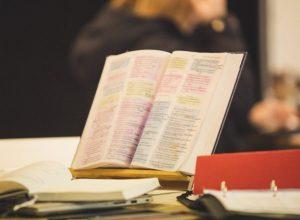 WHAT DREW ME TO DO A SBS? 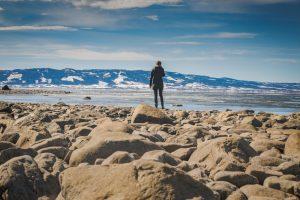 WHY I DIDN’T WANT TO DIE FOR JESUS 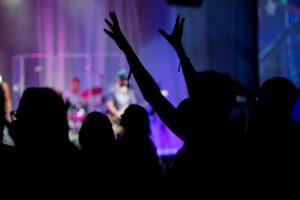 WHEN WORSHIP BECAME A PLACE I CALL HOME