How do we embrace the desert time in life? The times of pain, times of uncertainty, times when everything else is stripped away. These can feel like a barren wilderness where nothing is growing, nothing is happening. And yet God led His people again and again into the wilderness. There is purpose to this time, something precious and fundamental that we cannot find in any other season. And we cannot see the fullness of the promise if we are not willing to walk through the wilderness.

When Jesus started his ministry, the first thing that happened was his baptism by John. After He was baptized, the Holy Spirit came down on him like a dove and a voice from heaven sounded “This is my beloved son”.
Then what happened was not the big fanfare and a glorious public ministry but a walk in the desert, driven out by the same Holy Spirit. He was pruned for His human nature. This is where He died, to Himself. After 40 days He was tested by the Devil. This was the test of His identity. What were the questions that were asked? If you are the Son of God, then … You can almost hear the underlying taunt, are you really beloved? Are you really who you say you are?
Jesus was rooted and grounded in who God was and who He was and withstood the testing. At His first public appearance He could proclaim “The Spirit of the Sovereign God is upon me”. But this is the mystery- He did not fully step into His power and active ministy until He had been through the dsesert.

At the heart of the time in the desert is the question about identity. Israel walked for 40 years in the desert and they were tested on their identity as children of God: “You will be my people and I will be your God”. All the way back to Eden, Eve and Adam, the first Adam, were tested on their identity. And by questioning their identity, the enemy was therefore questioning their mandate and authority. The Devil through the snake tempted: Has God really said? If you do this little thing, you will be like God. The Devil was challenging Eve and Adam’s view on God and their own identity. Why was he doing that? Because if he could make them uncertain about who God was and who they were, then they lost their identity, mandate and authority.

Are we now as humanity brought into a desert walk again? The Corona virus has brought the whole world to a halt and compelled on us what some call a forced sabbath year. Things that we thought were secure have been stripped away or changed dramatically.
Future plans.
Schools.
Graduations.
Jobs.
Weddings.
Travel.
Health.

Is God here in the midst of this? When all we hold dear is being shaken, do we trust Him enough to let go of all that we so desperately try to control.The wilderness often shows us how little we can actually control. And it forces us to ask the question, is God who He says He is? When no one else is watching, when every other avenue has been exhausted and He is all we have left. And if we can answer the question of who He is, then we can finally answer the question of who we are.

In the desert, and only in the desert, will the false sense of security we so quickly build for ourselves and the identity we absorb from other people becomes evident. God wants to give us an unshakable identity that does not change in circumstances, and no amount of adoration nor rejection can alter.
Instead of seeing the wilderness as a curse, we can see it as a gift. Maybe the Holy Spirit is driving us into the desert so that we could die to ourselves and realize that independent of circumstances, I am God’s beloved. Only then will we be able to walk in the fullness of God’s promises.

As it feels like a wilderness time, we have been asking questions about our identity, mandate and authority as a community. We have had prophetic words for Grimerud for more than 40 years. These can be summed up in our four legacy words: Mother base, unity, revival and missions.
This is our mandate, this is who we are. Unity is not only being nice to one another, it is being a vessel for bringing unity to the whole body of Christ in our nation. We as a community are called to show hospitality and generosity, bringing the body of Christ together. That unity will be the ground where God can pour out revival. This is what mothering is. When we are manifesting our mother mandate, we multiply for missions. We are what God says we are.

Join us in this vision. Being transformed into His image. Seek intimacy with the Father. Sending people into the harvest. Seeing the nations share that same intimacy. 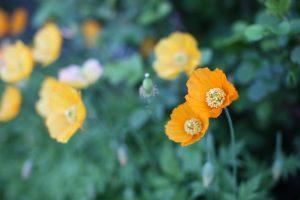 FRAGRANCE OF THE NATIONS 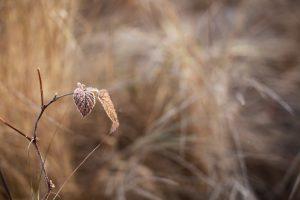